That Festive feeling in the back of beyond 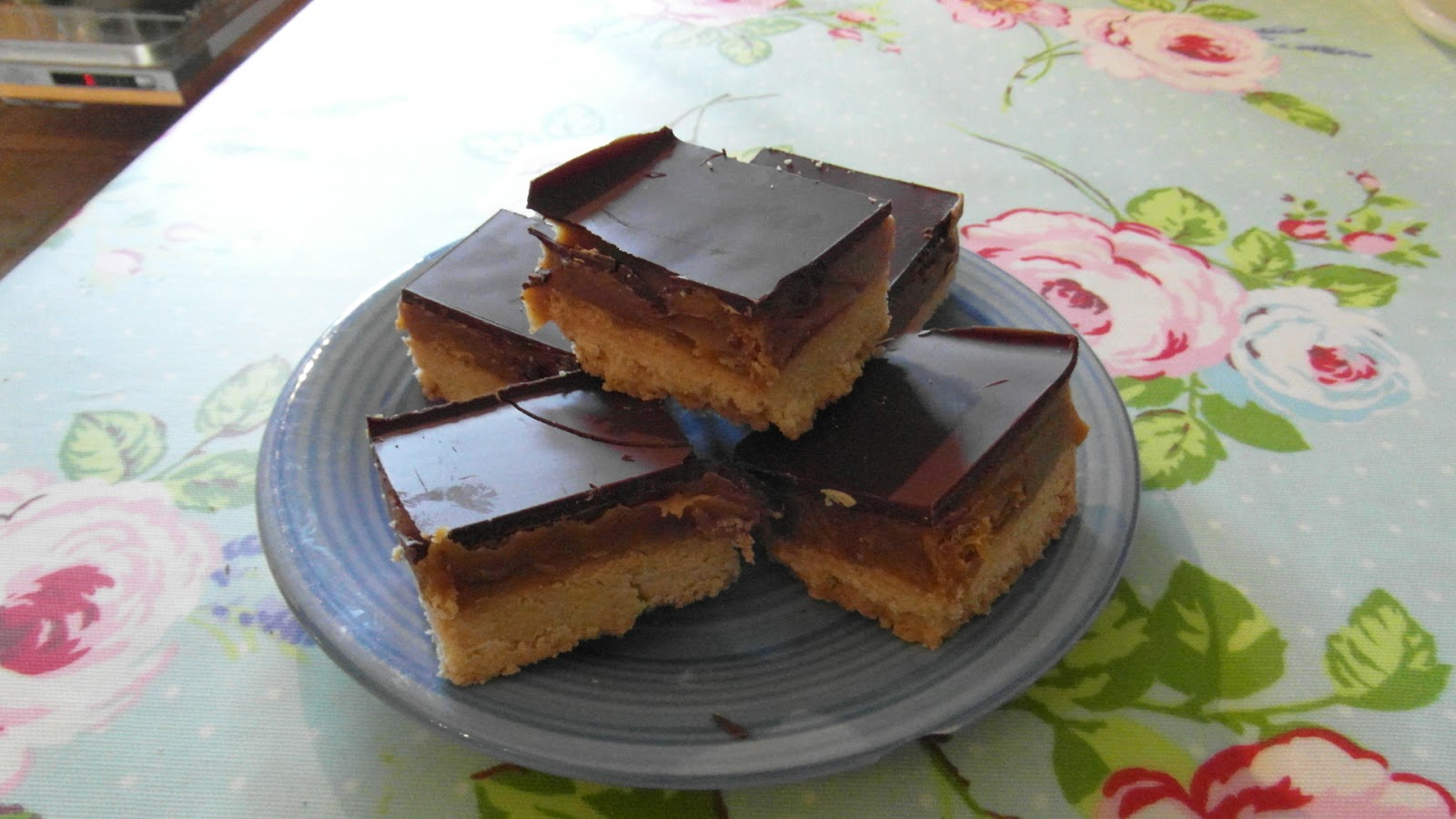 As the days get shorter. the weather gets colder (and wetter) and now that the Halloween and bonfire festivities are done and dusted, my cake desires change from sunny coconut or light lemon to much darker, stickier goodies. Festive baking starts to dominate my thinking. My Christmas cakes are baked and my Christmas puddings are steamed and tasted. They are now maturing in a dark cupboard with weekly injections of brandy for the 4 Christmas cakes. My plans for Christmas dinner and other sweet treats are coming along nicely and regular fondant and royal icing piping trials are taking up a lot of my time and energy. To keep the energy levels topped up and my sweet tooth sated (and Master Vander-Cave happy) I made some deliciously sticky, chocolatey, Millionaires shortbread. In the past I used the recipe on the back of a Nestle condensed milk tin which involved smashing up shop bought shortbread. this time I made my own shortbread, mainly because I didn't have any shortbread in the house and the shop was too far to go on a cold dark winters afternoon. I used Delia's shortbread recipe from her complete illustrated cookery course which made a nice thick buttery shortbread base which I baked in my silicone baking tin for ease removal of the completed biscuit confection.

Beat the butter until creamy. I use my food processor for this.
Stir in  the caster sugar and then sift in the plain flour. Process until a dough is formed.  The dough is pressed in the 20cm square baking tin and baked at 150C for half an hour until firm and slightly coloured. Leave in the tin until cold.

Whilst the shortbread is cooling make the caramel. Heat the sugar and  butter in a non-stick pan, gently stirring until melted. Add the Carnation condensed milk and bring to a rapid boil, stirring continuously. Cook for a minute or so or until the filling has thickened.
Pour the caramel over the shortbread base. Cool, then chill until set.
Melt the chocolate in a bowl set over a pan of barely simmering water. Pour the dark chocolate over the caramel and return to fridge until chocolate is set. Cut into squares and enjoy!

For those of you who are looking for Christmas cake and pudding recipes you can access my recipes for these here:
http://backofbeyondbaking.blogspot.co.uk/search/label/Delia%20smiths%20classic%20christmas%20cake

Once I have decorated my christmas cakes I will post this years designs. I hope they will be a bit more exciting than usual too make use of my new fondant skills!


Last 'bonfire night' my cinder toffee was a disaster and ended up unceremoniously dumped in the bin. This year I decided to get practicing early to hone my skills and produce cinder toffee that my mum would be proud of!  Over half term, with the weather cold and miserable and Master Vander-Cave at a loose end we decided to try out Nigella Lawson's recipe for Hokey Pokey (which is the Cornish name for cinder toffee apparently). I am so glad we tried this recipe first as out of the hundreds of recipes available on the internet it produced perfect toffee first time. Master V-C loved the bubbling up of the hot molten sugary mix when the bicarbonate of soda was added, pronouncing it "cool". This is a rare compliment from him in these days of the pre-teen condescension that he has mastered scarily quickly.

To add extra excitement to our toffee we dipped it in melted milk chocolate to produce home made 'Crunchies'. Interestingly, the chocolate covered offerings disappeared quickest at the village bonfire party, probably because Master V-C was telling all the children how good the home made Crunchies were. He was over heard saying to one of the junior villagers "do you want that one, it has no chocolate on it?". By the time the adults got a look in all the chocolate ones were gone. I ended up making another batch the next day for the farmer who missed out on the chocolate covered pieces on the night and has a healthy appetite for sweet treats. Also, as provider of the fireworks and farmland, deserved to be suitably rewarded!
Nigella's recipe doesn't make a lot so I made double the recipe for the party.

Method
Put the sugar and syrup into a saucepan and stir together to mix. You mustn't stir once the pan's on the heat, though.

Place the pan on the heat and let the mixture first melt, then turn to goo and then to a bubbling mass the colour of maple syrup - this will take 3 minutes or so.

Take the pan off the heat, whisk in the bicarbonate of soda and watch the syrup turn into a whooshing cloud of aerated pale gold.

Turn this immediately onto a piece of reusable baking parchment or greased foil (perhaps in a tray). I use my silicone baking tray.

Leave until set and then gently bash at it, so that it splinters into many glinting pieces. Once broken up one can dip the pieces in melted chocolate and leave to set again.

Note; if the toffee struggles to set, pop it in the fridge to finish it off!


2013 is set to be a big year for the extended Vander-Cave family. I will hit the big 40 (shush, don't tell anyone!) and we have two family weddings and a baby due (sounds like the title of a film!), all of which we are very excited about. Not so excited about being 40, that is more a grin and bear it event!

I was asked by my niece if I would make her a wedding cake. To begin with I was blinded by panic as I am not a cake decorator and I do not have an artistic bone in my body. My Christmas cakes are very simply decorated to cover up for my lack of artistic flair. After a little time to get my head around it I started to get excited about the idea of cracking fondant work and royal icing piping. I even found myself offering to make the cake for my nephew and his beautiful bride to be. 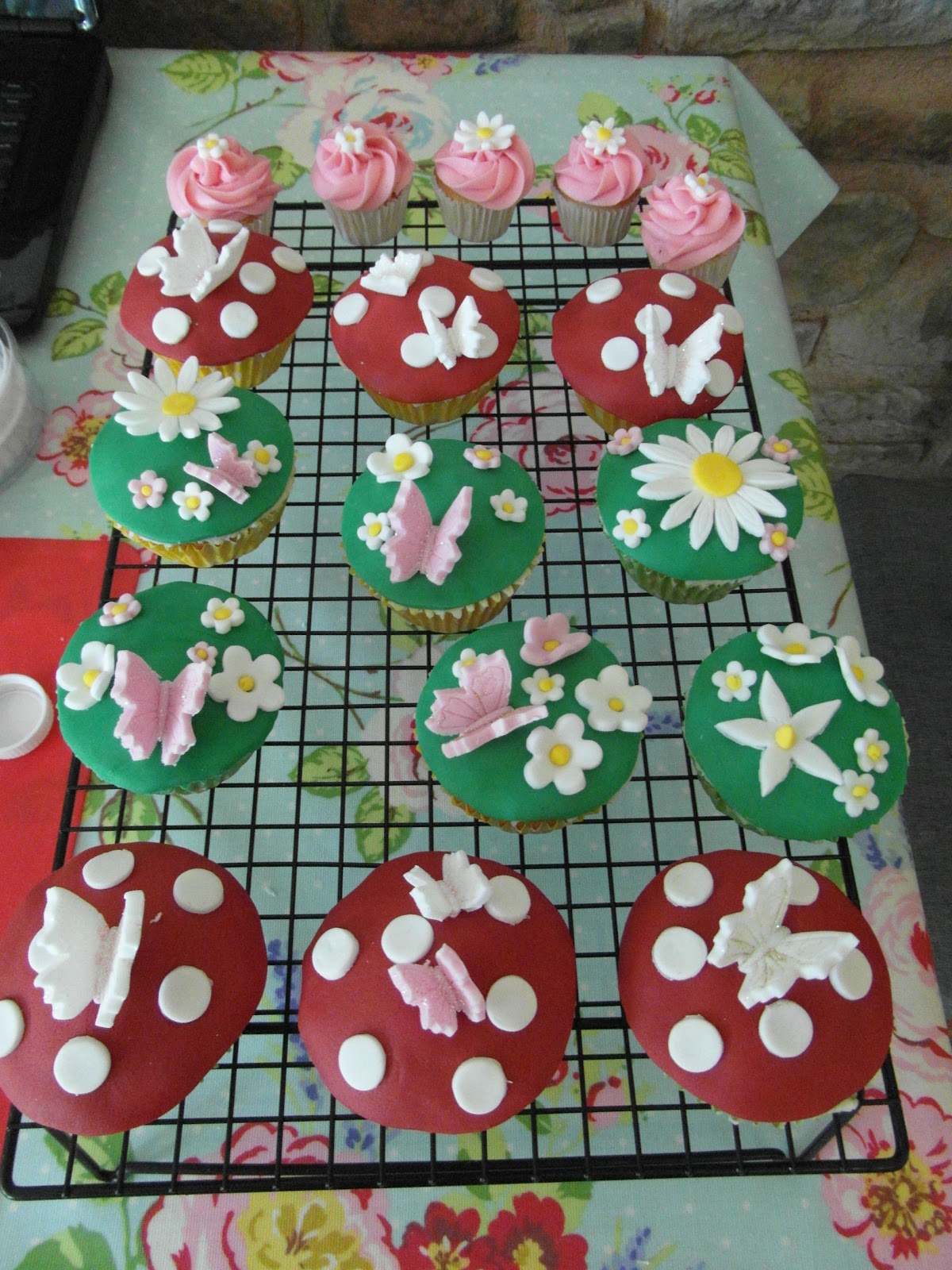 So last week it was my great niece's 3rd birthday and we were invited to her birthday tea at my sisters house. I offered to make some cupcakes so I could start to practice my fondant flowers and butteflies. After an expensive shopping session at Amazon I now own most bits needed to make fondant flowers and other frivolities (and probably a few bits that are totally superfluous) but I couldn't resist! Next I spent some time on Youtube watching videos of different ways of working with fondant,  by which time I was raring to go. Well, fondant play work is such fun and totally cathartic.  Playdough you can eat, amazing! I made a few mistakes, like fiddling with my butterflies before they had hardened so they broke (I am so bad at waiting for things to be ready!) and trying to pick flowers up by their petals (they are fragile). I had such good fun making the cutest girly flower meadow cupcakes and fairytale toadstool cupcakes and every one said they looked good so I wasn't totally biased!

As well as trying out fondant on cucpakes I also had to find a new cupcake recipe. Fondant is heavier that buttercream which means a light sponge will sink so I needed a firmer cake which was weirdly lacking from all the internet search engines I tried. In the end I went for a vanilla version of my chocolate butter cake which worked well, topped with vanilla buttercream to level the cake out, then topped with a circle of fondant. 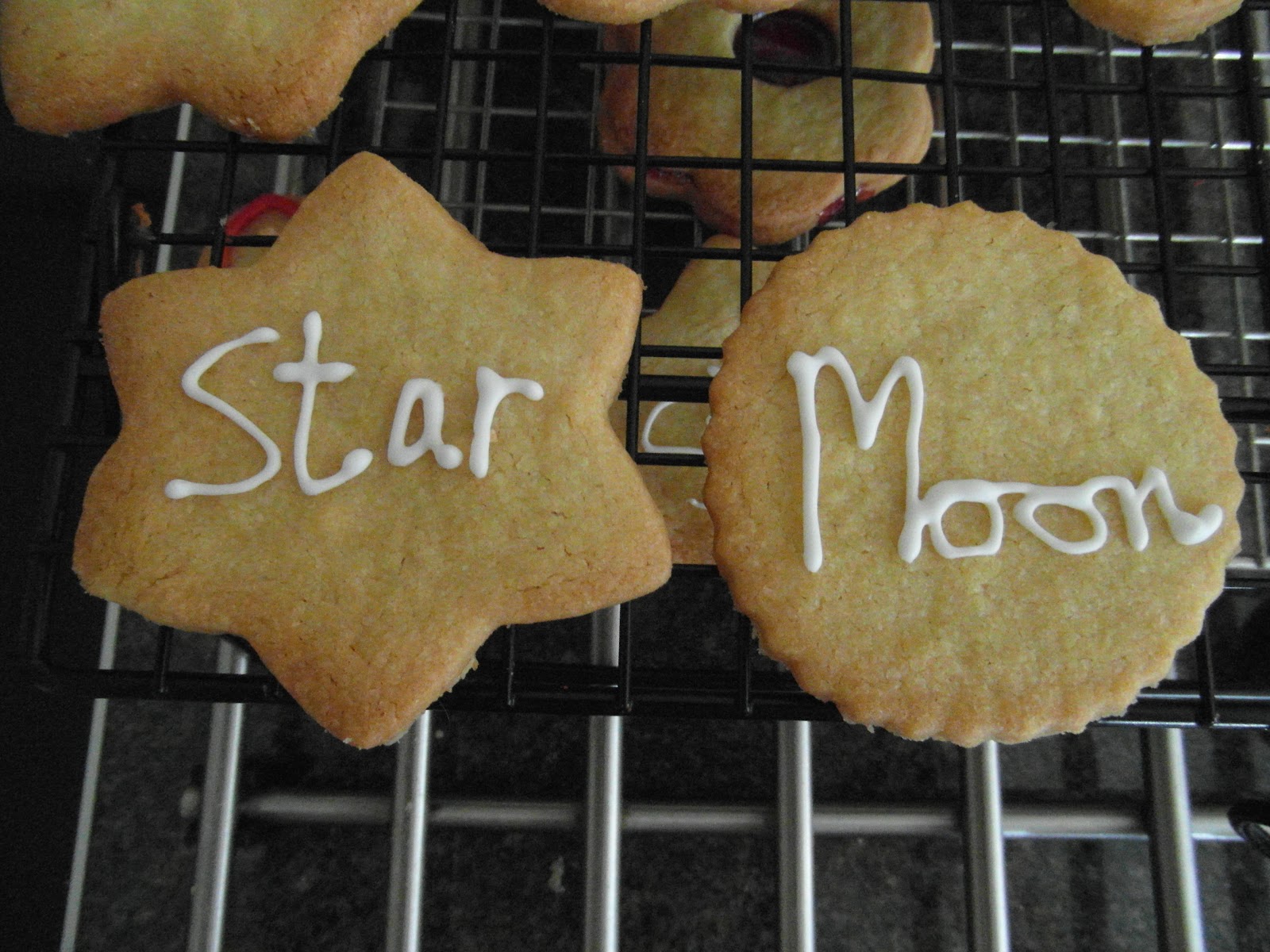 To practice my royal icing piping work I used 'Just Add Water' royal icing mix from Silver Spoon which was. It very easy to mix and no raw egg whites. I made some butter cookies and piped different patterns and words using a PME 1.5 plain piping nozzle in a disposable piping bag. It's a bit  like doing handwriting practice when I was at school. My first attempts were not too bad and the words were definitely legible which was a bonus! I have along way to go and as the first wedding is in February I need to get my skates on!

Things I have learnt about working with fondant.


Place the butter and vanilla in a bowl and beat in the electric mixer until light and fluffy. Gradually add the sugar, beating well until creamy.

Add the eggs one at a time, beating well after each addition and then add a tbsp of the flour if the mixture looks like it will curdle..

Sift together flour and baking powder. Alternately fold the flour mixture and the milk into the butter mixture.

Spoon the mixture into prepared tins and bake for 18 minutes until well risen and a cake testing skewer comes out clean.

Leave to cool then top with buttercream to even out the surface. Top with a disc of fondant and decorate to your hearts content.