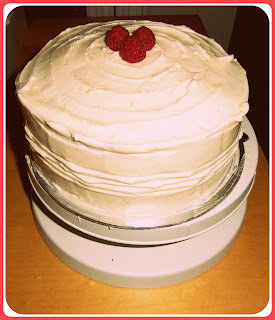 As usual I will need to start this post with an apology for my tardiness in keeping up with this blog.  A special apology goes to Nanna who has been missing my blogging particularly. Sorry Nanna! I am regularly updating my cake photos but beyond that life and two jobs has given me precious little time off! Having said that we did get our annual trip to sunnier climes where I did little more than work hard at getting a tan. ( I worked very hard at this, lying still for hours under a blue sky and a sea breeze!). Sadly the lack of WiFi stopped me blogging so I had no choice but to relax.
Anyway I am back and finally have a few moments to update you all on my latest cakey escapades!
The summer seems to have flown by with lots of cake challenges for me to get my teeth into.  The greatest of which was the bird cage cake, with 40 cupcakes, all decorated with teapots and tea cups. As my first paid wedding cake I felt extra pressure to get it right! Thankfully, with lots of time and effort (and a few expletives) it was alright on the day and the feed back from the bride was very complimentary (pictures of these cakes are on the cake creation picture page.) Now finally cake orders have settled down (for the next couple of weeks) so I have been able to try out a new recipe. I have had the Hummingbird Home Sweet Home book for 6mths now and have managed to try out 3 recipes from it! (I know it's not good enough!) I think part of the problem has been a lack of cake testers and the recipes I've wanted to try have been ones I know Mr Vander-Cave wouldn't like, and Master Vander- Cave and I can only eat so much cake without starting to look like Violet Beauregard after eating the chewing gum! Anyway I digress.  Last weekend it was the 3rd Christine Wilde Foundation charity cricket day which we fielded a team for, comprising of my two Vander-Cave boys Gem from life with Katie's husband, my niece's new fiancé Geordie and his bff Pricey and a couple of old friends. Considering this team had never played before they did well to reach the semi finals but the day wasn't really about winning, it was about having fun and raising money for a wonderful charity. My contribution to the day (other than donating to the bar's profits) was  a lemon and raspberry cake for the cricketers tea, well most of it for the cricketers as I had to test it obviously! This recipe is a three layer cake with a lemon cream cheese frosting, which I think may be my favourite frosting ever. I have since used the leftover frosting on some vanilla cupcakes.  Divine!

Posted by Mrs Vander-Cave at 21:26 No comments: